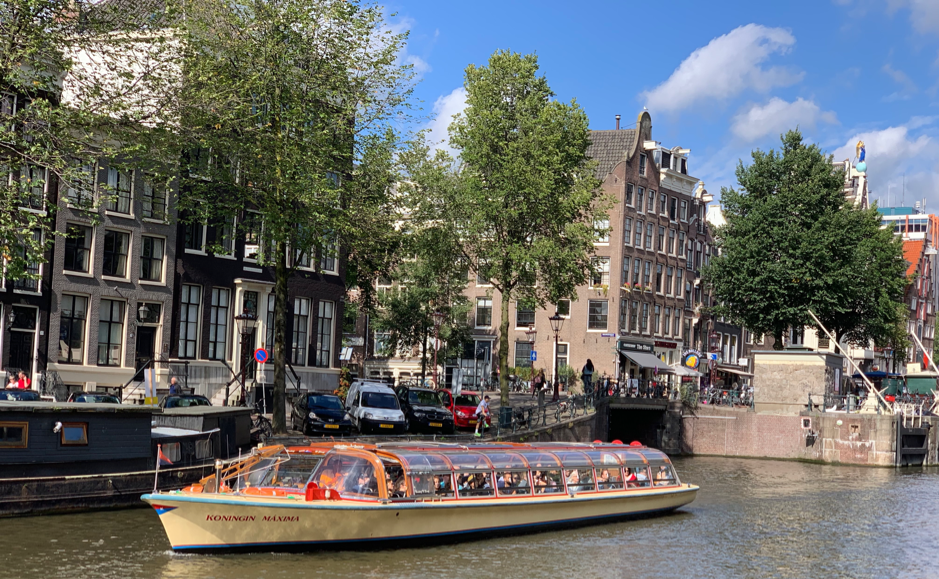 Amsterdam is known for many things: its canals, the many cafes, the coffee shops with a happy twist, the many bikes and  trams, the many international tourists out for a night to remember and in early September the thousands of TV, radio and cinema professionals who flock to the city for IBC (International Broadcast Conference).

This is my third year in a row and being a broadcast industry geek, I must admit I really look forward to the combination of seeing what’s new, connecting with old friends and colleagues, deep dive discussions with clients and enjoying a week living as a local in an amazing European city.

I have now got into the habit of kicking the whole thing off with a half day conference – the Devoncroft Executive Conference. Personally I find it a really good way to get up to speed with the key business and technology topics that are driving the direction for the many broadcast, video and cinema companies visiting IBC and the hundreds of product and service companies who are hoping for a great sales time at the trade show.

For my second IBC conversation, I wanted to share the key takeaways I got from my engaging afternoon sitting in a beautiful heritage building right by an Amsterdam canal.

There could be many observations, however I have picked four that I see as the most relevant: 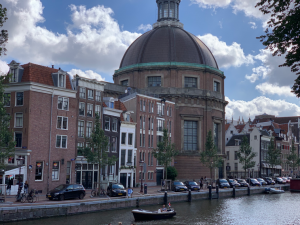 Too many suppliers and too few buyers

Many of us who have made a career out of the media and entertainment industry love to think that as an industry we are very special. As such there has been a very strong heritage in creating everything bespoke. At first that covered pretty much everything from microphones, through to cameras, studio equipment, production and editing facilities and the playout and distribution systems. Even with the arrival of technology that is more cross-industry, media and entertainment have still looked for that individual service.

As a result, we are now at a point where we are fundamentally over-serviced with too many bespoke suppliers chasing smaller bespoke budgets.  According to Devoncroft there are around 3,000 companies servicing a $55 billion broadcast product and service industry. That is on average around $18 million per business which, given there are some super suppliers, suggests that there are many small suppliers in the market. In comparison Apple alone gets in $233 billion, Samsung $211 billion and Amazon $177 billion.

Overall the health of the industry is not great. Since 2012 the growth story has been a very unappealing 0.2% per annum – hardly a financial profile which is going to excite heavy investment or a feeling of prosperity.

Even doing business isn’t easy with the cost of sales ranging from 25-35%.  This is high compared to other industries and is clearly driven by the reliance of trade shows (including IBC and NAB) and the need of customisation of POCs and products to fuel the special industry nature we have.

The hard truth is that consistency and ‘off the shelf’ is becoming essential to deliver the cost effectiveness that media companies need to survive, and as such our specialisation may have to shift to a thing of the past. 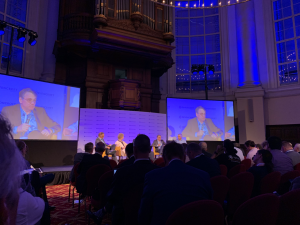 Outsourcing is shifting to smart insourcing

The second trend, for me, that jumped out of the Devoncroft sessions, was that there is a definite trend to shift from outsourcing to insourcing. On first view this really did seem surprising to me as compared to adjacent industries like telco, media and entertainment just haven’t outsourced many activities like IT support, customer engagement and back office management. The insourcing that appears to be gaining traction is taking back functions that initially were operational cost savers, and now could be seen as fundamental to the operator’s brand and creative control. This may include areas like playout, cloud distribution and customer engagement.

What some early movers are doing is using the smart technology now available to partner or replace outsource suppliers to ensure they control these critical parts of the supply chain for themselves and start to reap benefits where smart innovation has changed the benefits of the marginal cost model, rather than fixed cost ownership in areas such as CDN. 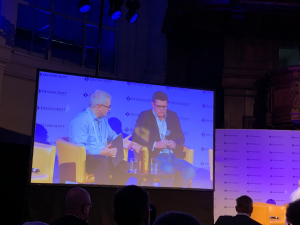 Being really bold with cloud is a game changer

A clear example of a business that is taking the cloud ride in a big way is Discovery.  Simon Farnsworth and the team at Discovery have taken a big dive into cloud services including playout, remote and virtual production

Discovery has progressively been changing from a business that was really known for adventure and travel programming on international channels to what Simon terms a business that delivers “events not genre channels”.

The best example of this is the way they have embraced buying the European rights for the Olympics and then transforming the production approach from a very traditional people on the ground Olympic event to a virtually and remote produced “super event” powered by a “sports private cloud”. This is built around hubs in London and Amsterdam and other global production access points.

This new model has already been used for many events and the Winter Olympics and will be really put to the test with the trans-European coverage of the Tokyo Games in 2020. If my notes are right, this can handle up to 1,000 feeds at one time that are ingested and then instantly available for edit and redistribution.

Strategically Discovery admits they are working with all the distribution players they can, which this cloud-based model can handle at much lower marginal cost per partner than the traditional on-premise models can. The advantage they see is simple: No one can tell who will be the ultimate winner of the increasing streaming battles, and so playing with everyone allows Discovery not to lose out. Some wise words that I suspect are relevant to many broadcasters considering the business case benefits of shifting services to the cloud.

Where is our diversity?

In the last three years I have been writing and delivering courses for a number of marketing organisations, which are aimed at providing practical insights and actions to becoming a leader in the 21st century workplace. Essentially it is a set of tips around dealing better with the people with whom we build relationships and influence, including our peers, our bosses, our teams and most critically ourselves.

The audiences are very open to fresh ideas, very open in discussing how they can learn to work better with others and seem to thrive on the idea of dealing with change and innovation.

Without a doubt the majority of the participants are women under 40.

This could be for many reasons, and one factor is that the marketing industry is one where women certainly make up a greater proportion of leadership roles within that sector.

I contrast that with looking around the room at the conferences I attend, the shows I visit and the panels that discuss our future industry, and my observation is that it is still dominated by older men… and I certainly include myself in that category.

I do believe that as an industry we can do more to encourage more diversity in ideas and people creating the solutions for the broadcasters to survive and thrive. My suggestion is that the more we can add diversity of all types and experience, the better we can collaborate to see different ways to tackle the challenges which we all see in the industry both for suppliers and buyers.

So overall a really good afternoon of knowledge-gathering and as independent consultant, I can certainly recommend giving this half-day conference a go at either NAB or IBC in 2020.

As a companion to this conversation, you may like to take a read of my first IBC 2019 blog – The IBC 2019 The Indiana Jones Moment

Paul Whybrow  is the Entertainment and Media Transformation lead for Tech Mahindra in Australia and New Zealand.   He is the Managing Director and Creative Collaborator for Bodyboard Immersive Experiences. A boutique business with access to award winning creative, broadcast and immersive experience skills and consulting.  Our purpose is to be the creative connector for imagining the possibilities and crafting the practical, so you can share passionate storytelling. 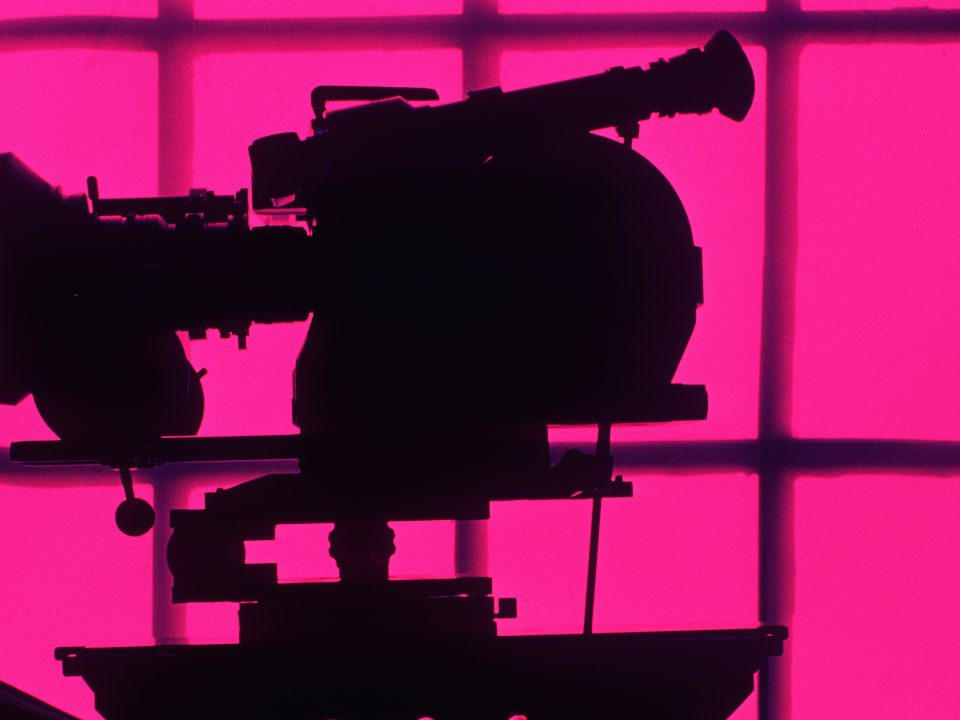 The Movie Labs vision of the evolution of the creative industries 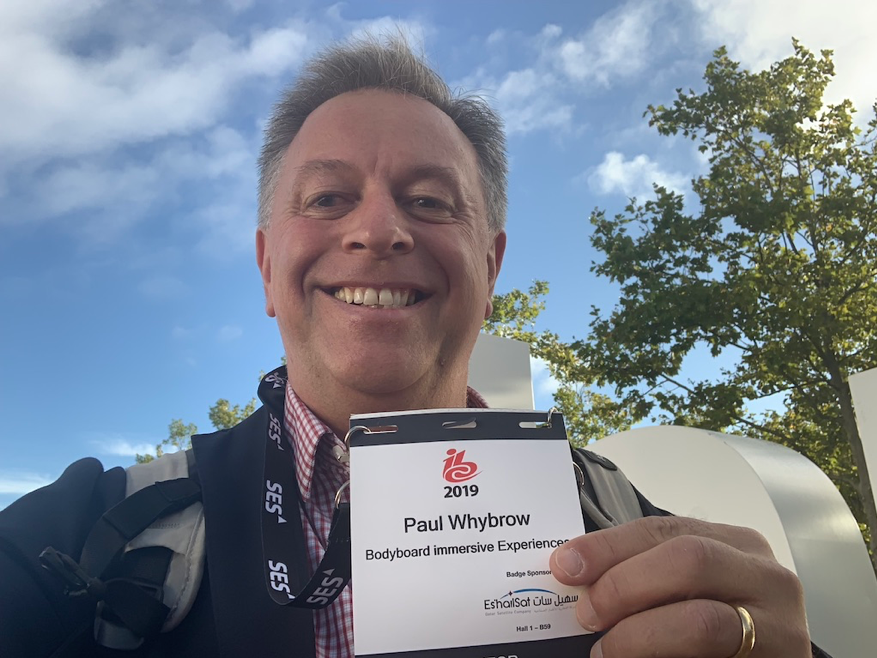 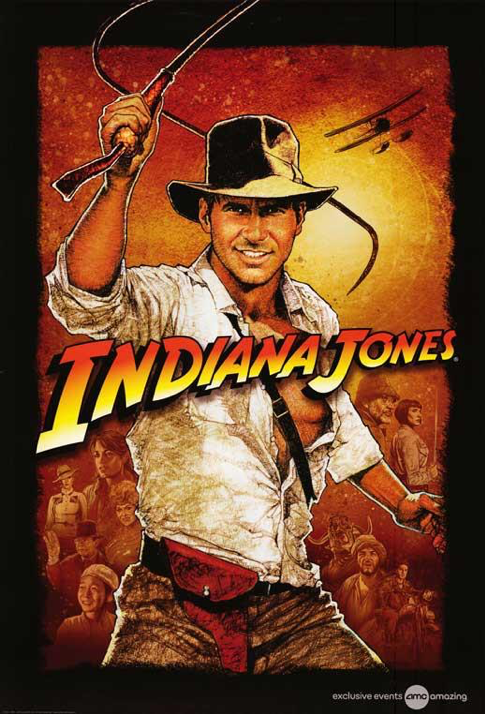 Sign up to receive our insights in broadcasting, immersive media, entertainment & education